I have always been a pretty hard worker, so in the days of yore when I was a solicitor you would often find me at my desk at 7am, long before everyone else came in.

I used to do an hour or two of work before the rest of the office arrived, then around 9am I would head out to the kitchen for a cup of tea and some toast.

Now not everyone was like me. Some people would arrive in the office at 9am then proceed to make their toast and tea and not start work until around 9.30am.

The HR department noticed this trend, so came up with a great idea (in their opinion) to prevent this from happening. They put a sign up in the kitchen forbidding anyone from making toast after 9am and before 1pm.

They made a rule to punish the minority of people who were slackers which affected the other people like me who actually did some work before 9am.

This frustrated me, as the same thing has done countless times when I see our Government (who don’t seem to do any governing these days as far as I can tell) bring in a ridiculous rule to punish the minority which impacts the majority.

GDPR was one of these. Its’ intent was to stop people spamming all and sundry. It was designed to stop 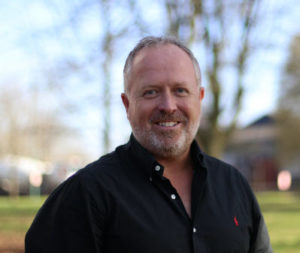 the huge businesses who send millions of spam emails every day. By the way, they are all still doing this without any trouble, so it has failed abysmally as most of these things do.

However, what it has done is to terrify the real, genuine business people who wouldn’t spam anyone, to the point that they are scared of sending emails.

GDPR was one of the most common reasons that I received from people explaining why they have not started an email marketing database.

Let me put your mind at rest immediately and completely.

The email software that I recommend is GDPR compliant. Not only does it ask people to tick the box to confirm that they understand that they are going to hear from you, but also the person receiving the email MUST then click a link in the first email that they automatically receive when they enter their details on your website to double opt in (confirm) that they are happy to hear from you.

GDPR does not need to concern you if you use the software that I use and recommend which is included in the email marketing training below.

Now that you know this, what are you waiting for? “Before we started working with Nick, we had no clear idea of our paid traffic strategy.

We knew there were people looking for what we offer, but we just weren’t getting them landing on our website, and when they did, they weren’t converting in the way we wanted them to.

That’s when we enlisted Nick’s help, and it’s made a profound difference both to the number of leads coming into the business, but the quality too.

He’s helped us bring in several very high-quality leads, which will be worth many hundreds of thousands of pounds, as well as helping our website become better and more conversion-focused too.

I couldn’t recommend Nick more highly – if you’re looking for more leads and more sales, it’s a no-brainer to have a conversation.

“I run an HR business dealing with the nasty bits of HR (disciplinaries, grievances, terminations, etc). I have been working with Nick for 12 months now and it has really changed the quality of leads I am getting. My website is now attracting the right type of clients and brings in a lot more quality, and easy to convert, leads. Nick is clear in what the marketing priorities are to get me the results I want. Very easy to work with and cuts to the heart of the matter – no excuses!”

“After working with Nick on our Google My Business strategy we are now ranking in the “Google 3 pack” and generating leads purely from our ranking!Nick also carried out a fee review resulting in a fee increase of 40% and no detrimental effect to volume. Double whammy with increased leads and increased income. Well worth taking the time to talk to Nick and definitely worth working with him going forward, it’s a no brainer!”

“Nick’s advice and guidance has been excellent. He cuts through all the noise and brings clarity. His focus is on what is effective and what will achieve the objective. He knows what works and what doesn’t and shows you the best way to approach a strategy.

One particular aspect of marketing was hard to get my head around but Nick made everything so clear and easy to understand. When you speak to him you will see, he knows his stuff!

Before meeting Nick, I was wasting money with Google, I had a high price per click and a trickle of leads. Now, having worked with Nick for 3 months my Google business page is optimised, my price per click is greatly reduced, customers are finding me and quality leads are flowing! Which means, my Google Ads spend is now profitable with a 3:1 return!

That is why I would strongly recommend working with Nick if you want consistent leads and a greater return on your investment – thanks Nick”.

“Through Nick’s advice and on going encouragement I have almost doubled my client base and am now looking to take on members of staff to deal with the increase in demand for my services. My success has been in no small way facilitated by my business coaching with Nick. I would, and I do, recommend him to anyone who wants to grow their business.”

“I’m new to google Ads, Nick is managing my ad campaigns and doing a great job, I’m receiving a steady flow of leads with a low cost per click meaning my marketing is paying for itself. Would recommend.”

“Nick’s professional advice, expert knowledge and constant encouragement have proved invaluable this past year. He has helped my business from the outset, offering me support and guidance every step of the way. His services come highly recommended.”

“Nick is an excellent marketing consultant. His knowledge of Google PPC is unparalled. Well worth a chat.Every time I use him my results improve and I make money. Do the sensible thing and pick up the phone to him as you won’t regret it.”

Get in touch today…

I am here to help you grow your business, so please do get in touch. Simply enter a few details below and I will personally come back to you.

We use cookies on our website to give you the most relevant experience by remembering your preferences and repeat visits. By clicking “Accept All”, you consent to the use of ALL the cookies. However, you may visit "Cookie Settings" to provide a controlled consent.
Cookie SettingsAccept All
Manage consent

This website uses cookies to improve your experience while you navigate through the website. Out of these, the cookies that are categorized as necessary are stored on your browser as they are essential for the working of basic functionalities of the website. We also use third-party cookies that help us analyze and understand how you use this website. These cookies will be stored in your browser only with your consent. You also have the option to opt-out of these cookies. But opting out of some of these cookies may affect your browsing experience.
Necessary Always Enabled
Necessary cookies are absolutely essential for the website to function properly. These cookies ensure basic functionalities and security features of the website, anonymously.
Functional
Functional cookies help to perform certain functionalities like sharing the content of the website on social media platforms, collect feedbacks, and other third-party features.
Performance
Performance cookies are used to understand and analyze the key performance indexes of the website which helps in delivering a better user experience for the visitors.
Analytics
Analytical cookies are used to understand how visitors interact with the website. These cookies help provide information on metrics the number of visitors, bounce rate, traffic source, etc.
Advertisement
Advertisement cookies are used to provide visitors with relevant ads and marketing campaigns. These cookies track visitors across websites and collect information to provide customized ads.
Others
Other uncategorized cookies are those that are being analyzed and have not been classified into a category as yet.
SAVE & ACCEPT